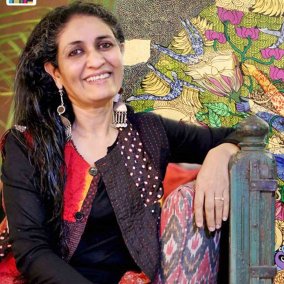 For Seema Kohli, her art is an engagement with the philosophical enquiry of life. She has hosted over 34 solo shows over her practice of 35 years. She has participated in various art fairs and Biennales as Kochi Muziris Biennale, Venice Biennale, Hong Kong, Venice Architecture Biennale, Art Basel, ARCO Spain, Shanghai Art Fair, Art Stage Singapore, Beijing Biennale and India Art Fair. At Florence Biennale, 2009, she was bestowed a Gold Award for her video Swayamsiddha-Myth, Mind and Movement. She has received the Young FICCI Ladies Organization Women Achiever’s Award and Lalit Kala National Award for Women. She has held interactive sessions at TedX, Chennai, NGMA Bangalore and WIN Conference. Her works can be seen at Delhi & Mumbai Airport, Defense Ministry, Tata Residency, Jindal Steel, ONGC, Supreme Court, New Delhi, etc. 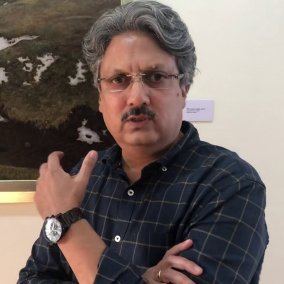 A renowned contemporary realist artist of the J&K, Suman imagines Eden-like places in nature that children and adolescents retreat to and dream of inhabiting. The inspiration for his works is drawn from the tranquil yet vibrant landscapes of the Himalayas which skillfully blend with the abstract and realism. Suman has exhibited in many countries like Singapore, UAE, Cyprus, Beijing, London, Florence, Italy, Finland, New Zealand and US. He has the distinction of being the first Indian to exhibit his works at the UN headquarter in Geneva, Switzerland in a solo show titled  “The Mountain Mysteries” in 2002. He has created notable commissioned works for Patiala Palace, Raj Bhavan, Jammu and many more. In 2011, he was awarded ‘Lorenzo IL Magnifico’ for his work ‘Untitled’ at Florence Biennial and the National Academy Award for ‘Blue River and the God of Fish’. 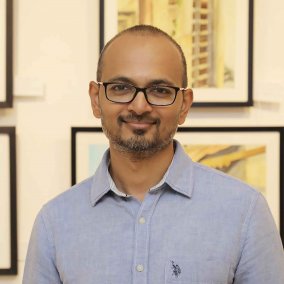 An IIT-Delhi alumnus, Amit Srivastava, is an artist at heart as he took to art at a tender age of nine. He gave up his career as Software engineer to pursue his passion and his artistic yearnings took him to The Ryder Studio (USA) where he studied under the master painter Anthony Ryder with classical realistic style of painting and life drawing as the focal point of his learning. While in the US, he attended several workshops by renowned contemporary artists like David Leffel and Jeremy Lipking to name a few. His preferred media of work are oil, charcoal and graphite. Though figurative works are his forte, he enjoys still life and landscapes as well. His works are in many private collections in India as well as in US. 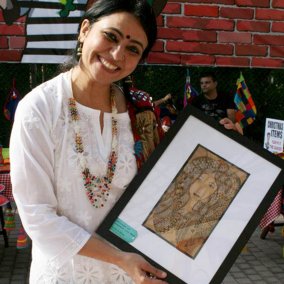 Obsessed with the magic of colour and patterns, Ritu Dua is self-taught and even pens poetry inspired by her art. She is most intrigued by faces and often uses them in her art. Mixed media is her forte, and she makes murals and art installations believing that “Trash is the failure of imagination”. She takes particular delight in creating environment friendly art by recycling things, the tea bag being her favourite muse. She also hosts workshops on the use of unique mediums like tea, coffee and wine! Her recent installation ‘Little Pockets of Hope’ at Asia’s biggest multicultural festival Kalaghoda Art Festival (2018) Mumbai garnered much appreciation. Her solo exhibition ‘Between Brew and Bin’, at Pune (2019) was a tribute to the farmers of tea plantations. 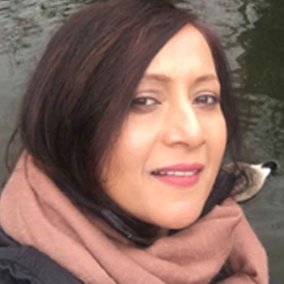 A self- taught artist, with practice spanning over a decade in various mediums, Rashmi Jamwal hails from Jammu. A lawyer by qualification, the legal profession took a back seat as she became a full-fledged homemaker post marriage. During this phase, she was irrevocably drawn to the world of creativity and colours. Her early influences have been the myriad cultural hues, people and places visited. Many of her works have interlaced ancient myths into contemporary art form. Nature and people have been a constant source of inspiration. She believes in a river like quality in the act of creation… always seeking, exploring and dropping the known for the unknown, communicating the joy and beauty of visual medium beyond the confines of languages.